5 Surprising Things That Happen When You Start Composting 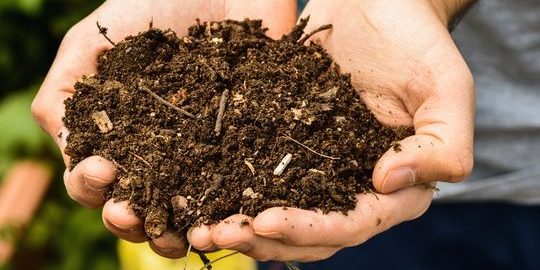 Municipal corporations of large cities usually find it hard to recycle dry waste, even when it could be extremely lucrative. One of the reasons is that most urban waste is mixed. Materials that can be recycled are in the middle of festering piles of biological matter. Waste segregation and composting can make a huge difference to the health of urban living spaces. However, when people walk past giant bins of stinking waste, they baulk at the idea of allowing this garbage to rot inside their own homes. We talked to four composting enthusiasts and they dispelled some of these myths and also shared the unexpected things they learnt from their journey.

1.They understood their waste better – Some people are surprised to see how much biodegradable material they generate every day.

Shraddha More, a Guwahati-based mother discovered that her family produced nearly 2 kgs of vegetable waste every week. She does aerobic composting, and uses earthworms to speed up the process.

Vasumathi Kumar, a Chennai-based yoga instructor says that composting put a sharp spotlight on the waste generated in her household. She is now on a mission to ensure that all organic material is composted and the dry waste is reused, recycled, or returned to the source.

2.They discovered that composting is not smelly – Most people associate decomposing vegetable waste with a terrible stench.

When Gayatri Natu, a Chemical Scientist, began composting, she was pleasantly surprised by the complete lack of noxious odour. Organic matter generates gases when it decomposes. Of these, only ammonia and hydrogen sulphide have an unpleasant smell. In aerobic composting bins, these unstable gaseous compounds are quickly oxidised. Mixed urban garbage stinks because the central parts of the pile do not have access to oxygen. In most composting bins, the only smell you get is that of petrichor – the heady fragrance of first rains.

3.They were growing a tiny ecosystem –Bacteria and fungi are the champions of composting. You might find small tufty white things or miniature mushrooms growing on your banana peels. Worms and dung beetles are also excellent decomposers and many people even discover that there are larvae or moths in their compost pots. Gayatri was fascinated by the number of organisms that were enjoying peaceful co-existence in her compost. She has now become a part-time biologist, tracking changes to humidity and pH based on the sudden population spurts of different species in her stacked pots.

4.Gardening is often an accidental side effect – As your compost becomes richer, you may find that random things have sprouted or grown leaves.

Ambika Srinivasan Tadimeti, a Hyderabad-based scientific content writer, was pleasantly surprised to find a small mango sapling peeking out of her compost box. She is looking forward to transplanting the little plant and watching it grow into a gorgeous tree. Vasumathi also finds herself looking for things to do with her nutrient-rich compost. She has now revived her kitchen garden.

5.Composting usually leads to an earthier way of life – In Shraddha’s home, she sometimes worries about her earthworms’ diet as much as her children’s. Her enthusiasm has rubbed off on her little ones and they even say goodbye to the miniature ecosystem when they leave on a holiday. Vasumathi loves delegating small tasks to her daughter and niece and makes them chop vegetable waste into smaller chunks to quicken the decomposition process. Though they may grumble, they can’t deny that it is another chance for the family to get together at the dining table.