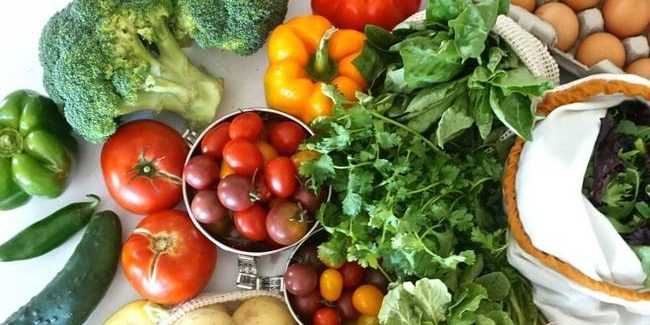 When I first started composting, I became intimately aware of the waste that was being generated at home. I began to notice the dump trucks with two men standing next to rotting, stinking garbage. I noticed cooked food being thrown away into large open bins and attracting flies and strays. I noticed garbage collectors struggling when they had to bring the truck into our tiny lane. I asked my mother what she used to do about waste segregation or disposal when she was growing up.

I won’t forget the very long pause before she said, “I really don’t know. I didn’t think we generated any.”

I pushed her for an answer and said that surely they had to throw away at least vegetable peels? It led to an entirely hilarious story of my grandmother’s attempts at increasing the fibre content of my grandfather’s food.

Seriously, though, my mother experienced a nearly zero-waste childhood.

Their day began with milk, fresh from a nearby dairy farm, measured out in front of their home. In addition to being ridiculously tasty and healthy, this system also meant that there were no plastic packets. (Even when milk packets appeared, they were recycled through the raddikaaran. I don’t think that happens anymore)

Vegetables were bought in two cloth bags, one for heavier vegetables like pumpkins and the other for lighter ones like greens, tomatoes, and lemons. Vegetable peels and grey water simply found its way towards the small clump of banana trees in the backyard. I remember when plastic carry bags first appeared in the early 90s, it was initially a source of great excitement to hoard the big, purple ‘Pushpa Shoppe’ bags. “Such good quality bags that they give away for free”, my athai paati would say. “They must be very nice people!”

Oils were bought at the oil mill, and you had to take your own bottles or carriers to bring them home. Sometimes, the pods of the iluppai (Mahua) tree were taken along to be ground into oil. This was a viscous liquid that worked well for lighting lamps. But even the squeezed out material was not left behind. That was dried and used as a (slightly down market) hair cleanser.

Groceries came wrapped in newspaper. The newspapers were then carefully dusted out and laid down as shelf liners. When the paper began to tear, it was sold as scrap to the raddikaaran. Many powders and all masalas were ground at home. Some were ground at flourmills, and the grains and powders all travelled in the same airtight container.

All the mail arriving at home was carefully opened so that the envelope could be reused, by sticking a piece of paper on top. When huge stacks of answer papers arrived for my grandfather, wrapped in coarse cloth, the cloth would be repurposed to make simple pillow covers. The softest pillows were made from pieces of silk cotton that burst out of the pods. The fibres were carefully collected, dusted, and cleaned before being used as stuffing.

I looked at my monthly grocery list and realised that my mother had crossed off nearly all the things that came in plastic packaging. Their lifestyle generated nearly no food waste either.

My mother and her siblings grew up sharing space with trees and insects and animals. They were stung or squirted by bees and toads, saw flies clustering around neem fruits, watched weaverbirds making nests, or simply accepted the presence of butterflies, caterpillars, and grasshoppers in their rambling backyard. They plucked limes from trees, and curry leaves from shrubs, which were then made into delicious juices and rasams. Entertainment was to read, or sit around a plank, while my grandfather cleaned the rice, talking of things, big and small. Or pointless bicycle rides, and walks in the evening time.

They gathered together after dusk, under a single light, talking, learning and sharing, and leading a completely waste-free, utterly rich life.