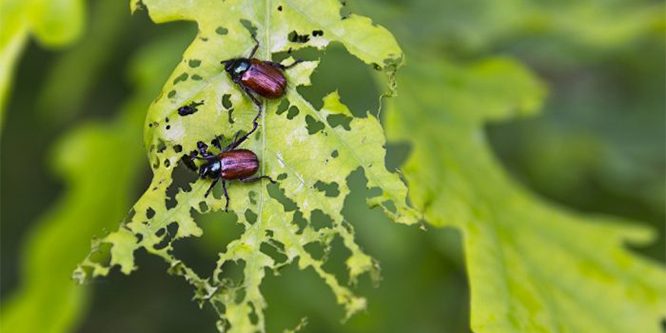 One of my mother’s favourite childhood stories was about visiting a house where the family had a deep belief in co-existing with nature. While it seemed like an excellent idea at first (especially since my grandparents did host a variety of living things in their home and garden), she was taken aback when she saw that the house was festooned with cobwebs. “The spider doesn’t drive me away from home, why should I drive it away from its home?”

I remember being impressed by this sense of justice (especially since I was a almost-unbelievably idealistic teenager when I heard this story). The first few years when I lived alone, I was in such sterile urban environments that the question of bugs, pest control, or co-existing with nature simply didn’t exist. There were humans, and then there was the neatly manicured nature reserve (with convenient parking and good public transport) that I occasionally visited. Once, when a friend asked me if I could take care of her parrot for a weekend (and offered to let me live in stunning sea view apartment), I refused, because GACK! Living things! What if I kill the parrot accidentally?

She looked at me with a puzzled expression (that I can understand much better now), and asked me how I thought I could accidentally kill a bird that mostly stayed on its perch. And I said that I didn’t know, because, GACK! Living things! I have killed goldfish before, you know? While I was living in these highly synthetic environments, I was also building a career in life sciences (the irony does not escape me). Over the past few years, I have become better, though. I began by slowly killing carrot plants, then carefully tended to a soggy mess of a garden, and then began to see my earthworms as pets (that I needed to raise with the choicest green veggies and tea leaves), and am now grown up enough to be adopted by a stray dog (whom I can even pull out of a car when he scoots inside cabs with unsuspecting drivers).

But Assam is a place where nature has muscle and heft. If you abandon a building, it will be growing a giant peepul tree in a couple of years. If you buy groceries in bulk, you will soon have a small ecosystem in your jars. I have had moths fly out of me from a box of rajma (I don’t know why I can’ resist buying rajma, because gosh, I don’t like to cook or eat it). Outdoor staircases often host butterflies, and moths, and, if the orientation is correct, leaf mulch, earthworms and unbelievably beautiful multicoloured insects.

Much as I rejoiced in this celebration of life, I did want to draw the line at sharing my kitchen space with ants and cockroaches. As the monsoons approached, (and I became slack about aerating my compost box), these little critters started living in the cracks and crannies of my home. I drove some out (and drowned some others), and tried my best to come up with gentle methods of staking my claim to be alone (well, alone-ish. I did have a toddler) while I cooked.

Sruti recently told me about her grandmother’s anti-cockroach grenades. For a long while, her grandmother has been mixing boric acid (that thing you dust on carrom boards) and wheat flour to prepare dough that she then shapes into small, lemon-sized balls. After sun-drying them completely, she places them in her cupboards to keep groceries and clothes free from pest attack.

Other friends have developed an ingenious mosquito repellent kit. They had a few empty bottles of synthetic mosquito repellent (the sort that you plug in and buy refill bottles for). They started adding neem oil and camphor to these empty bottles and using the unit as a vaporiser. They live in an area that is infamous for mosquitoes, so they now want to upgrade the system to include citronella and lemon grass oil.

My grandmother has her own version of this. She keeps a small container of water near her bedside, and drops a few pellets of camphor into it. For more protection, she says that she likes keeping half a lemon with about 6-7 cloves shoved into it. I haven’t tried the lemon trick yet, but I am strangely attracted to the vaporiser idea.

Ants love small cracks in the wall, so the best way to keep them away is to ensure that your home is well maintained. You can also spray neem oil around window frames, switchboards, floor skirting, light fixtures, and around cupboards to keep them away. I tried once to douse my kitchen counter with turmeric and chilli powder. It would have worked in some places, but the Ants of Assam simply laughed at me and ate both up. I was simply left with bands of yellow in many of my clothes (where I leaned against the counter), and a determination to adopt all the neem trees in my neighbourhood.

Which brings me to our next series on sustainable architecture (and the gorgeous work done by some inspired architects in the country). Stay tuned to learn about how they think about harmonious and sustainable built-up spaces.

(And if you want to do a DIY project on clothes stains, check out the hacks here: https://lifehacker.com/5821774/the-diy-stain-removal-infographic-is-a-quick-reference-for-cleaning-common-stains)