All About Cloth Diapers – Part 1: What And Why 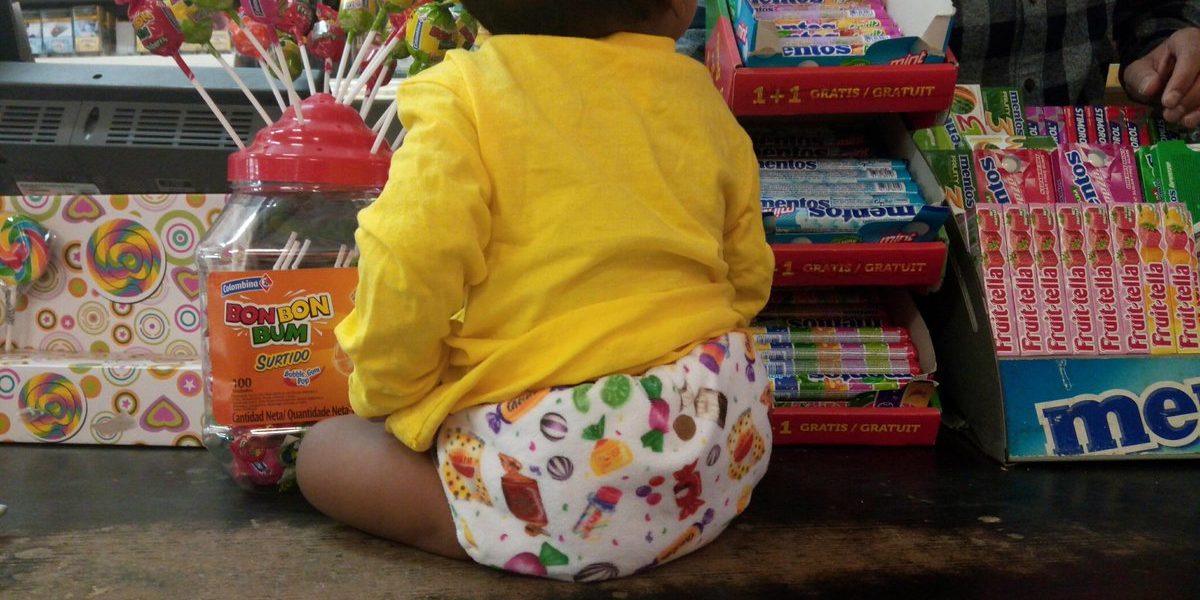 When I gave birth to my daughter nearly five years ago, apparently the Eco-warrior In me was born too. Now I wish I was one of those mothers who did tons of reading up during pregnancy so I could be armed and ready when the baby came – but I am not. So although one of the early decisions I made was to not rely on disposable diapers if I could help it, it was a decision based more on hope and good faith rather than practical ideas. Thankfully, the inherent wisdom of mothers and the World Wide Web came to my rescue.

For the first couple of months, my mother and I made large squares of my father’s old dhotis (or ‘veshti’), which we folded into triangles and fashioned the simplest nappy with a fold and a knot. We had loads of those – and the best parts of it? They were so soft from years of the dhotis being washed and worn, and super-easy to wash and dry. It was also little cumbersome though, because each time she peed, we would need to change the nappy as well as the sheet she was lying on. We managed with these nappies until my little infant became a little bigger and the home-made nappies just wouldn’t do. By then, I had stumbled upon the magical world of Modern Cloth Diapers.

What are Modern Cloth Diapers? These are essentially thick, absorbent diapers made from fabric (natural, synthetic or a combination) with a waterproof outer layer so the wetness doesn’t seep out. These can typically hold multiple pees, for upto 2-3 hours. If they’re soiled with poop, they need to be changed immediately, of course. The washing might seem like a huge task, but it’s not. If it’s just pee, they can be rinsed off and then washed, by hand or in a washing machine. If they are soiled with poop, the poop is knocked off into the toilet bowl with the help of a bidet or hand-spray and then rinsed, and then can be washed by machine or hand.

But why bother with all that, when you can buy, use and throw out disposables? Here are four reasons to choose cloth diapers over disposable diapers –

In the next part of this series, we’ll explore the types of cloth diapers. Pocket diapers, all-in-ones, flat diapers, what are those? Stay tuned.

Shubhashree is an illustrator-writer who is currently educating herself on living a low-impact life. As part of her Let's Talk Trash project, she has produced illustrated books for adults and children to start the conversation about our waste footprint. When she’s not talking (about) trash, she’s usually found eating, dreaming about eating, or illustrating food.

Steps Towards an Eco-Friendly Home
November 25, 2019

Khadi: The Darling Of The Slow Fashion Movement?
September 6, 2019