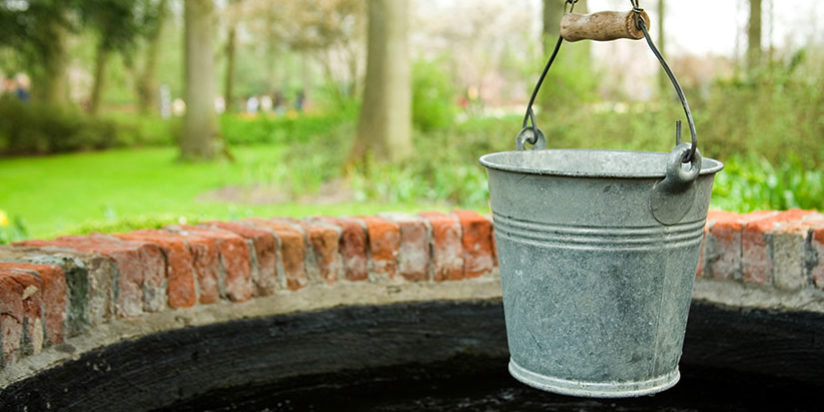 There are a variety of RWH structures. The simplest method brings rainwater from the rooftop towards a well or an underground sump. This will recharge underground aquifers and allow residents to access ground water through a pump. This should cost less than 10,000 Rupees, since it is only a question of a few pipes. It will cost more if there is no open well, and much more if rainwater is directly stored in a large underground tank. Some apartments even choose to have two separate underground storages – one for municipal water and the other for rainwater. As the complexity of the system increases, the price also increases. If the cost seems prohibitive, it is possible to start very small – for instance, keeping an open 10 kilolitre storage in open air (like a Sintex tank) is better than nothing.

Well maintained lakes can recharge underground aquifers. However, in most urban centres, lakes have a heavy deposits of silt. Silt is clayey and forms a thick, impenetrable layer at the bottom of the lake, isolating the water from the surrounding areas. In agrarian societies, lakes are usually emptied regularly and the silt is used to improve soil health. Additionally, removing silt increases the capacity of the lake, and allows it to hold more water. When this virtuous cycle is interrupted, the link between lakes and underground aquifers is also broken.

Idea 3: Metro Water is not supplying enough water to Chennai because lakes like Chembarambakkam and Red Hills don’t have enough water

Truth: There are multiple angles to this story

Metro Water is a minority player in Chennai’s water supply. At the best of times, it is supplying less than 40% of the water needed by the city. This means that vested interests like tanker mafias are powerful. The four-five major lakes surrounding the city definitely need to be maintained better – their capacity will increase if they are desilted regularly. But at the best of times, they cannot fully quench the thirst of the city.

Public utilities also need to start looking at decentralised grey water recycling in large apartment complexes. Grey water recycling can be as simple as a set of filters that remove detergent sludge from the water used for washing clothes and bathing. If organic detergents like soapberries are used, the sludge can be composted.

Truth: This is somewhat true

Maintenance is an important part of any infrastructure, but specifically for structures related to water supply. Though there is widespread resistance to maintaining a RWH system, the effort can provide good dividends, and reduce dependence on private water supply systems like tankers. But there are no shortcuts. A RWH system is like having a pet or tending to a garden – effort is required, but it can be a fulfilling activity.

Idea 5: Groundwater and rainwater can supply all the water needed for an apartment complex

Truth: At 70 flats per hectare (20 storey buildings), ground water should be sparingly used, and a variety of water management systems should be in place

(Based entirely on input from Vishwanath Srikantaiah (Founder of Rainwater Club and Director of Biome Environmental Trust) and Dr Sekhar Raghavan (Director, The Rain Centre).