Confessions of a (not so) Sustainable Parent 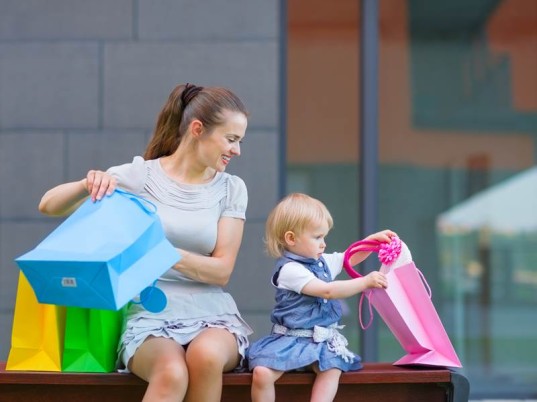 When I was pregnant, I had a very clear idea about how I was going to raise my child.

Those were probably my last moments of certainty as a parent.

Before my son was born, I hadn’t accounted for the fact that I was giving birth to a living, kicking, idiosyncratic little tyke who, in turn, would spawn a whole new network of relationships. So, in the interest of not alienating all my friends and family (and retaining shreds of my own sanity while I raised him), I had to make some unsustainable choices. So here are my planet-clogging confessions (and the random things I did to skip the guilt).

1.Disposable Diapers: I was going to use only cloth nappies because that’s what my parents had done and they are alive to tell the tale, so it should be fine, right?

A month into my parenting life, when my son woke me up for the 354615th time because he was wet, my father took one look at my panda-eyes and Einstein-hair and bought a bag of disposable diapers. It would be another 3 years before the sleep settled down, but since I didn’t know about modern cloth diapers (MCDs), I clutched at the disposable gel-filled goodies like my life depended on it.

Skipping the Guilt: I switched to MCDs as soon as I knew about them, spread the word when I could (and helped some people decode the bewildering world of diaper acronyms). I also began to look into sustainable menstruation management. The mound of diapers I had sent to the landfills gave me the push I needed to switch to better alternatives for myself.

2.Packaged Food: My son was supposed to be raised on my milk, and then weaned on to home-cooked food.

Juice boxes have saved my life more often than I care to admit. As the little one grew into an energetic toddler who loved running, cycling, and jumping all over a sprawling campus, I was often far from home with a hungry, thirsty (and cranky) child who rejected all the snacks I had in my bag. The cool sugary delight of packaged juice would recharge him enough to manage the return journey in peace and goodwill (and gosh, most parents know that peace and goodwill are precious non-renewable resources).

Skipping the Guilt: I became an expert at feeding and watering my son before we stepped out. I welcomed all gifts and hand-me-down sippy cups, stainless steel straw tumblers and tiffin boxes. Also reluctantly invested in expanding my cooking repertoire to include most traditional (and some non-traditional) snacks.

3.Toys: Four laundry bags of playthings and I DIDN’T BUY ANY OF THEM! I had imagined him growing up with a few wooden toys painted with vegetable dyes. Friends, family and doting relatives have bought him a lot of stuff and he even plays with most of them. I could have made a fuss, but I really didn’t have the heart.

Skipping the Guilt: I try to help him maintain them well (‘try’ being the operative word, because some toys simply have to be taken apart and then smashed while the adult takes a bathroom break, right?). Well most of them can be either given away or preserved for the future. I also indulged him each time he wanted to play with everyday materials in the house. Our plates, spoons, woks, ladles, clothes and clothespins have provided many hours of messy enjoyment. There are small dents and many scratches of unknown origin on our plates, but probably I will look at them fondly one day and remember the crazy early days?

So tell us, what has your journey been like as a sustainable parent?